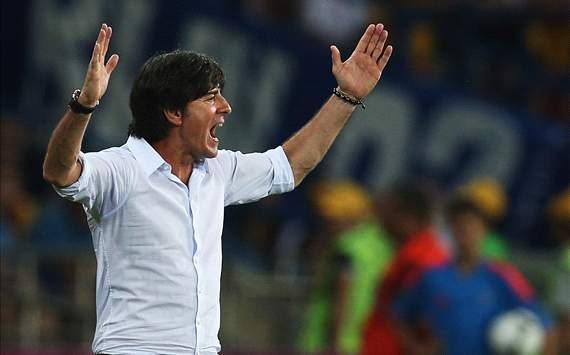 Germany coach Joachim Low has revealed that there were "tears flowing" in the changing room following his side's exit from Euro 2012.

And the former Fenerbache coach spoke of his players' heartbreak at being knocked out at the semi-final stage, but maintained his side had peformed well in Poland and Ukraine.

"We are very disappointed, but we should not make the mistake of questioning everything. The team played a great tournament."

The 52-year-old coach went on to blame his side's defeat on the defensive errors which provided the Azzurri with an unassailable two-goal lead, but praised their efforts in the second half.

He added: "The goals were scored because of mistakes in our defence. But the [team] showed their heart during the second half. Italy were 2-0 in front [at half-time] so it is hard to turn the match around."

Low also explained his decision to hand Bayern Munich midfielder Toni Kroos his first start of the tournament and bring Lukas Podolski and Mario Gomez back into the team.

"With Toni, I wanted to be stronger in the centre, and limit the midfield axis of [Andrea] Pirlo and [Riccardo] Montolivo," he continued.