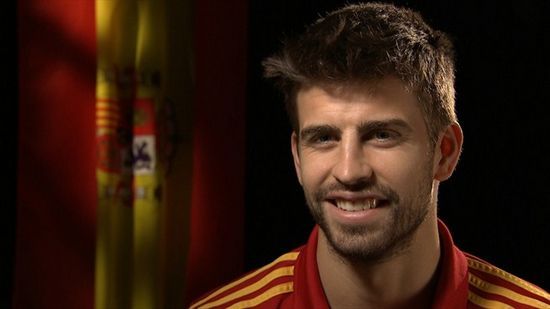 There is so much to admire and analyse in the elegant brand of football with which Spain have seduced us over the last four years that sometimes we forget to praise the basics – starting with defending.

In the last three tournaments – UEFA EURO 2008 and 2012 plus the 2010 FIFA World Cup – Spain have conceded just six goals in 17 matches, keeping a clean sheet in all eight knockout ties. That does not happen by chance. Interestingly, La Roja have used three different central defensive partnerships in the above competitions – Carles Puyol and Carlos Marchena, Puyol and Gerard Piqué, and now Piqué alongside Real Madrid CF's Sergio Ramos.

Álvaro Arbeloa and Jordi Alba have made their tournament debuts in Poland and Ukraine as first choice full-backs, yet the defensive efficency remains. The added protection provided by Xabi Alonso and Sergio Busquets, plus the degree to which every Spain player is capable of maintaining possession, prove that other facets are important although the defensive HQ is still at centre-back.

Ramos and Piqué are a relatively untested pairing, and there is also no ignoring the fact they have been fierce opponents in the hotly contested series of Clásico matches between Madrid and FC Barcelona. Piqué sat down with UEFA.com to discuss Spain's progress and share his opinion on the best way to blunt the threat of his former Manchester United FC team-mate Cristiano Ronaldo.

"Before the tournament there was a lot of talk about how Sergio and I had hardly played together and how, perhaps, we didn't have a very good relationship," he said. "However, game by game we've shown that's not true and in the meantime we've got to know each other's games better. The fact that the only effort on goal France had in the quarter-final came from a free-kick shows we've got it together defensively. We're providing a secure platform so the rest of the side can push forward and attack with confidence."

Regarding Ronaldo, the ultimate question is whether the forward, who already has three goals and put Portugal in the semi-final with a thumping header against the Czech Republic, poses an unquenchable threat – or do the facts that Piqué has regularly thwarted him, and that Ramos works with him every day in club training, tilt the scales towards the holders?

"The time when you have to be most focused on Ronaldo is actually when you have the ball," explained the 25-year-old, who played alongside the Portugal captain for three years at Old Trafford. "He's at his most dangerous then, because if your team lose the ball and he starts to run when you've lost a sense of where he is, then he can be unstoppable. One thing is sure, it's not about me and Cristiano, or any other player and Cristiano.

"The entire defence has to help each other defend against him. If one of us in particular is covering Ronaldo and watching where he's attempting to go, then that player must not give him space or time to think because then you are dead. Really, you have to be right next to him all the time and the most important thing is that he must not be allowed to turn, because if he does and starts to run then it's really difficult to stop him."

It sounds like Ramos and Piqué have a tough night ahead.