The Spanish fan with ‘Casillas’ on his shirt almost spat his beer out when the Real Madrid goalkeeper’s gorgeous TV presenter girlfriend Sara Carbonero walked in to the Shakhtar Plaza Hotel. Sadly for him, the rumour is that the glamorous couple are soon to marry. 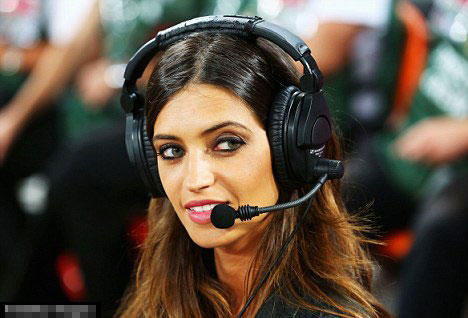 Spanish fans’ drummer Manolo claims his notoriety has cost him his family, his business and his money. Odd, then, that he was spotted happily signing autographs in the lobby of the pricey four-star Ramada Hotel in Donetsk. Fame, it seems, is not  all that bad.

Well-known football fanatic Elton John — a former chairman of Watford Football Club — is coming to Kiev this Friday to do a free concert in the fan zone in support of AIDS charities. Offered payment by the organisers, Elton refused. A noble gesture indeed.

Still the anger at Hungarian referee Viktor Kassai goes on. Posters of the official, who disallowed Ukraine’s ‘goal’ against England in their final group game, have been posted in Donetsk with locals invited to leave rude messages underneath. There is no room left.