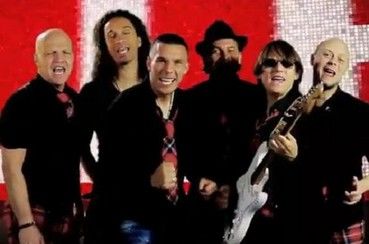 The Arsenal new boy teamed up with Cologne band Brings to provide backing vocals on a re-worked version of their 2009 track Hallelujah.

Brings agreed to re-release the tune this month after Podolski approached them about doing a song together.

In the video, Poldi is seen wearing a white t-shirt, tartan tie and jeans while dancing along like a drunk uncle at a wedding as the band play their instruments.

Speaking about Podolski's performance at the video shoot, Brings said: “He must have practised in front of the mirror!

"We were all a bit worried but he was like a professional.

“He came out and moved well, danced well and seemed like he never did anything else.”