Poor old Wayne Rooney looks like he needs a break after the shellacking he's received in the past 24 hours from current England boss Roy Hodgson and former Three Lions chief Fabio Capello.

The Manchester United striker has been spotted arriving on holiday with wife Coleen at Los Angeles airport where he'll want to put the memories of a below-par Euro tournament behind him.

Capello said he 'only listens to Sir Alex Ferguson', while Hodgson conceded Rooney 'didn't have his best game' against Italy. Ouch. 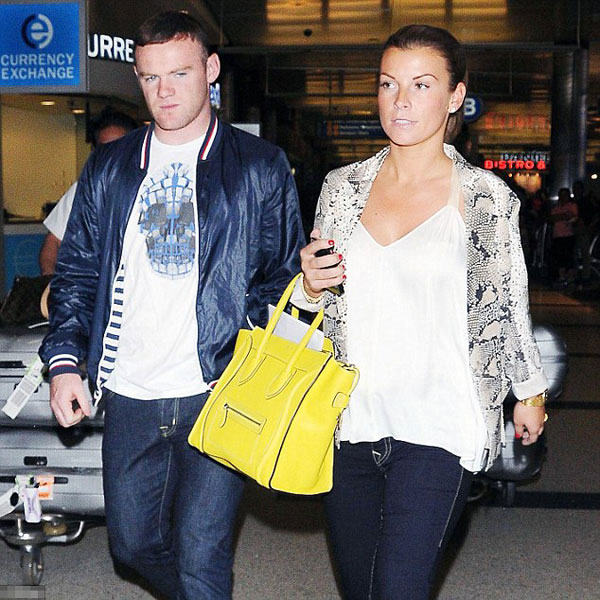 Och aye the Roo: Wayne has jetted off on holiday after coming in for some stick from Capello

And he isn't the only star to head for sunnier climes after England exited a major tournament at the quarter-final stage for the umpteenth time.

Ashley Cole was pictured after jetting into LAX where the Chelsea defender will relax before rejoining his Blues team-mates ahead of their season curtain-raiser against Wigan at the DW Stadium on August 18.

And Steven Gerrard is taking a well-earned break after an impressive tournament for the England captain in Poland and Ukraine.