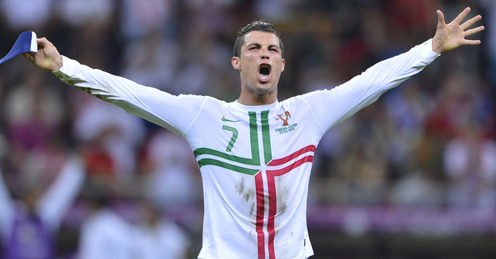 Cristiano Ronaldo: Will be hoping to continue his heroics against Spain

Portugal will battle defending champions Spain for a spot in the Euro 2012 decider when they meet in the semi-finals at the Donbass Arena on Wednesday evening.

Both teams enter the last-four clash on the back of three consecutive wins at the tournament, with Sunday's final clearly in sight.

The Spanish have met Portugal 34 times - more than any other side - winning 16 times and losing just six.