France star Samir Nasri could be banned from international football for two years following his attack on a journalist at Euro 2012.

Midfielder Nasri was involved in a row with a French reporter after his team were knocked out in the quarter-finals 2-0 by Spain. 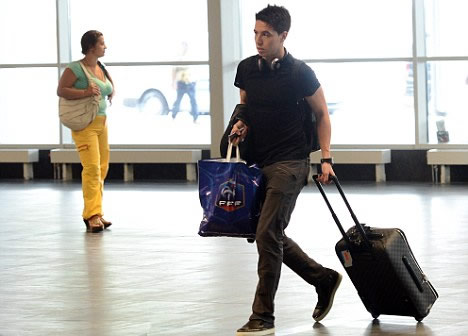 Case to answer: Midfielder Samir Nasri is in trouble with French football bosses

French football chiefs, according to L'Equipe, are considering the hefty punishment for Nasri's latest outburst.