The Newcastle midfielder has tried to take the positives from his own performances at the tournament, but has lamented his side's 'lack of ambition' against Spain 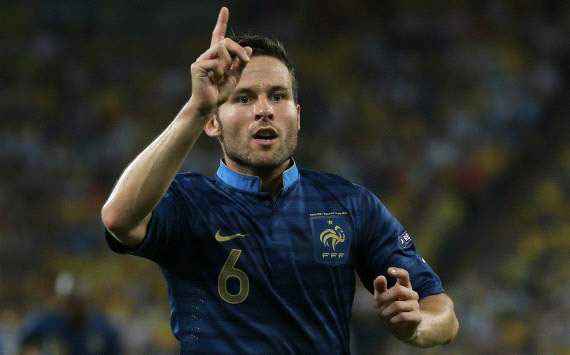 France midfielder Yohan Cabaye has spoken of his frustration at his side's quarter-final exit from Euro 2012, but dismissed reports of warring factions within Laurent Blanc's squad.

Cabaye was arguably the stand-out player for Les Bleus in the tournament, but believes that despite a good individual display, there is much room for improvement.

"I think that the Euros were positive on a personal level. To represent the country for me is very important," he told RMC.

"Against Spain, we knew that it would be a complicated game where we didn't have much of the ball, but we thought that we would have two or three chances. But it is true that in the end, there is a small frustration."

France were much improved from the side which crashed out of the 2010 World Cup in South Africa. Several bust-ups in the squad were to blame two years ago, but Cabaye has dismissed talk of there being similar trouble this summer.

"There was no war in the squad. There were some upset players [after Sweden loss], but we've talked, it is over.
“Nothing ever happened between [Olivier] Giroud & [Samir] Nasri. None of it is true. Hatem Ben Arfa isn't always easy. I left him yesterday and his morale was good.

"But I can tell you that in the group, it was all fine. And when I play, the more important issue is the team. But in the match against Spain, we all had a share of responsibility.

"We've all got our personalities, our ideas. What matters is to be tolerant, to make efforts. Everybody wanted the same thing, to go far in this competition. But there was a good vibe, unlike what was said.