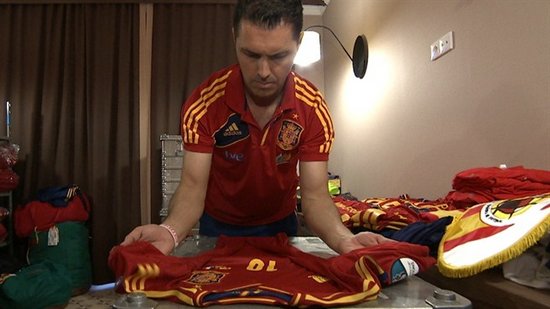 It requires a team effort to succeed at a major international tournament. Not just within the squad of 23 players and their coaching staff – a whole backroom team is also needed to keep a campaign on track.

One such integral member of the entourage is the kit man. Antonio Guerra fulfils this role for Spain, and he told UEFA.com about the intricacies that his essential job entails. It is far more than a simple matter of putting 11 jerseys onto pegs in the dressing room – Guerra says he is responsible for "3,000kg of sporting kit" at UEFA EURO 2012 and our video with the man who looks after the world and European champions reveals more.