France midfielder Samir Nasri was involved in a row with a French reporter after his team were knocked out of Euro 2012 in the quarter-finals 2-0 by Spain. 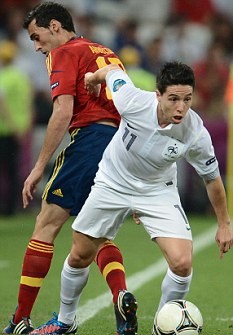