Marvin Martin has taken time out from helping France prepare for their UEFA EURO 2012 quarter-final to finalise a transfer from FC Sochaux Montbéliard to LOSC Lille Métropole. 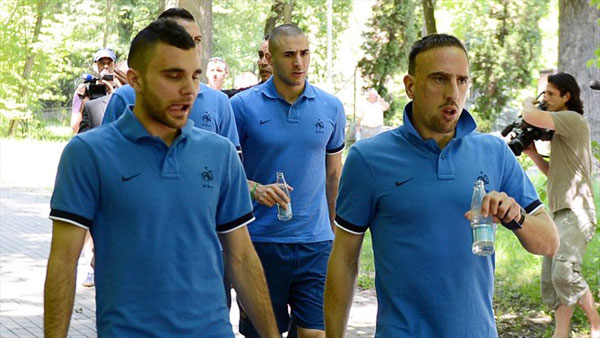 The midfielder, who appeared as a substitute in Les Bleus' Group D matches against England and Ukraine, has signed a five-season contract. The 24-year-old discussed the prospect of joining the northern club with several former and current Lille players in Laurent Blanc's France party.

"Whether it was Yohan [Cabaye], Adil [Rami] or 'Debuch' [Mathieu Debuchy], they all advised me to sign for Lille," said Martin, who will fill the void created by Eden Hazard's switch to Chelsea FC. "We actually spoke quite a bit and they really made me feel comfortable with my decision because they only had positive things to say about the club."

Martin scored eight goals in 133 league appearances for Sochaux. Lille, third in the French top flight last season, start their UEFA Champions League campaign in the play-off round at the end of August.