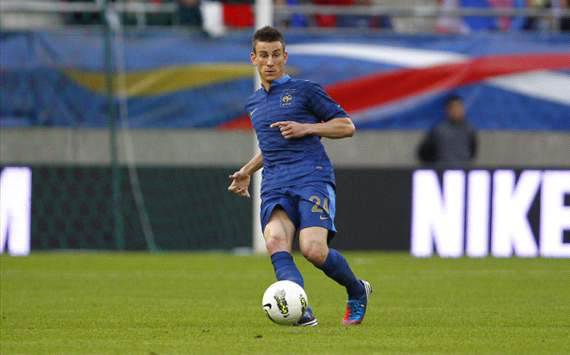 France defender Laurent Koscielny has admitted that Spain’s ‘false nine’ system is difficult to defend against.

The Arsenal centre-back made his Les Bleus debut against the United States in November 2011 and subsequently secured a place in Laurent Blanc’s squad for Euro 2012 but is yet to make an appearance in this tournament.

However, Koscielny is set to start in the quarter-final against Vicente Del Bosque’s side following Philippe Mexes’s suspension. And the 26-year-old is wary of the difficulties posed by Spain’s ‘false nine’ formation but believes he and central defensive partner Adil Rami have a good understanding to help combat it.

He told reporters: “It's easier to play against a team with a fixed centre-forward. [Playing without one] means that you have to keep your concentration and keep an eye on everything that's going on around you.

"Rami and I have played one match and a half together and it went quite well. We know each other's qualities. He knows I'll be there at any time to cover if there's a problem.

“I feel in good shape physically. I try and give my all in training. I played the whole game against Serbia but haven't played since, but I still feel fine.”

La Roja qualified from their group unbeaten thanks to wins against Republic of Ireland and Croatia after their opening draw against Italy and will go into the match with France as favourites.

However, Koscielny stresses the importance of not being overwhelmed by the world and European champions and instead believes his team-mates should be relishing the opportunity to take part in such an occasion.

“Do we fear Spain? Yes and no. Everyone would dream of playing against Spain, whether it's in a quarter-final or a semi-final," he said.

“It's an exciting game to play in. It's up to us to enjoy it, I don't see why we should fear them. They have their qualities but so do we.

"If you go all-out attack against Spain, you are in trouble. We will have to keep it very tight against them. We're playing against the defending champions and I think this has all the ingredients to be a fantastic match."