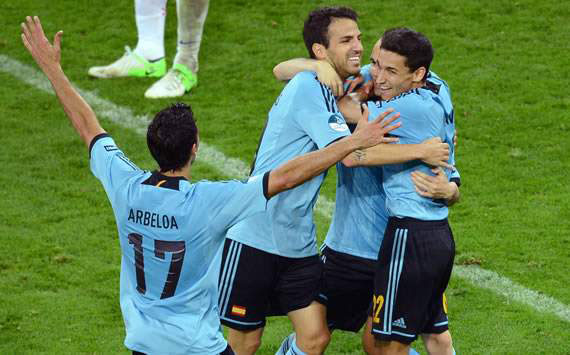 Spain remain the favourites to win Euro 2012 with Vicente del Bosque at the helm, according to Real Madrid legend Amancio Amaro.

The 61-year-old tactician has been questioned over his decision to exclude the likes of Fernando Torres and Fernando Llorente from his starting line-up in favour of an extra midfielder, but Amaro insists the decision is all part of a bigger plan.

"Spain are a very strong team who remain favourites for the title. It may not be easy, but we have a team complete in every department," Amaro exclusively told Goal.com Spain.

"Naturally, every supporter is entitled to his own opinion on the line-up employed, but Del Bosque said it clearly. The inclusion of an extra midfielder is to retain possession of the ball for as long as possible.

"Del Bosque is very mature, and knows that criticism when things don't go our way is as normal as praise when circumstances do favour us. It's only natural our opponents create chances. For now, we should be happy for qualification to the quarter-finals."

Amaro was left with no doubt when naming who he thought was fundamental to La Roja, and reserved special praise for Real Madrid duo Iker Casillas and Sergio Ramos.

"Casillas is captain based on merit, and proved his worth when saving from Ivan Rakitic [in Spain's Group C match against Croatia]. Ramos was born to exceed 100 international caps and win many trophies in his career. His many virtues make him an undisputed player for Spain and Real Madrid."

Spain, the reigning European champions, will continue their defence of the trophy when they take on France in the quarter-finals.